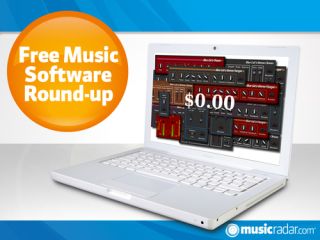 Blue Cat Audio's range of plug-ins has long been a favourite among freeware hunters, and it's just had an update. Elsewhere, Togu Audio Line's reverb comes out of beta testing, and there's a new stereo widening effect and a ridiculously simple sample player.

This open-source plate reverb has apparently had its sound enhanced since the beta version (it's now at v1.0), and delivers a wider stereo spread. It still looks pretty easy to use, though, and is said to be usable on a wide range of sounds (percussion in particular is cited).

Released under a Creative Commons License, SHEPPi stands for Stereo Haas Effect Ping Pong Inverter. That might not mean a lot to you, so we should say that it's a stereo enhancement tool that promises to give your recordings a sense of space, and can be used as a track insert or on an aux bus.

The cats at, err, Blue Cat have updated their entire range of free effects plug-ins, fixing a few bugs and improving the Windows installer. There are nine effects in all and, to make life even easier, you can download the whole lot in a single bundle.

We've rarely (never?) seen a simpler sample player than this: load in a sample and you can play it at its original speed from your keyboard. And that, aside from the inclusion of an ADSR envelope, is it.