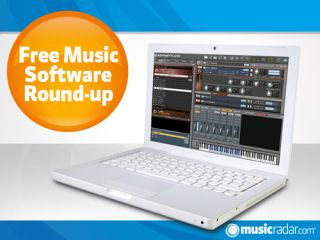 More than a few freeware developers seem to have downed keyboard and gone on holiday recently - the number of releases has tailed off rather.

On the upside, though, we have a barnstorming release from Native Instruments to tell you about, plus a virtual version of an instrument you've probably never heard of and a chorus effect.

If you're a developer of free music software who's sitting on a beach somewhere, instead of sending us a postcard, fire off an email to musicradar.pressreleases@futurenet.com and tell us what you've got coming up when you get home.

We can't see many people turning their noses up at this one: it's a sample playback instrument based on Kontakt 3.5, so features much of that software's technology. It can load all current and previous Kontakt libraries, and to get you started, there's also the free Kontakt Factory Selection, which contains 50 instruments.

We didn't even know what the Light Guitar was, never mind that there's a software version, but it turns out that both the hardware and software come from the same stable. The real instrument turns light into sound (click here for an explanation) while the virtual edition emulates its behaviour in a plug-in.

LionChorus has been ripped from Sonic Lion's Nitrox synth, and is designed to offer classic chorus/flanging effects. To this end, it has four stages and a feedback line with high-pass filter. The plug-in is actually donationware, so put some money in the hat if you're going to keep using it.