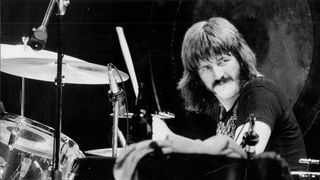 Whatever your feelings about sampling, what can't be denied is that its impact on popular music has been immense. In recent years, countless hits have been built around loops lifted from existing songs.

During this time, it's become apparent that certain records attract the attention of samplists more than others. In fact, some tracks have been sampled so many times that the time has come for us to say, enough already.

1. Club Nouveau - Why You Treat Me So Bad

The distinctive hook from this classic slice of '80s R&B has been rinsed by the illustrious likes of P Diddy on Satisfy You, Ashanti's Only U and, perhaps most famously, on The Luniz crossover hip-hop classic I Got 5 On It.

2. The Isley Brothers - Make Me Say It Again Girl

The mellifluous yet funky ascending keys and bassline from one of the Isley Brothers' very finest moments was put to good use by Naughty by Nature on their anthemic Hip Hop Hooray, Gangsta Blac's Ain't No Love, and the legendary Tha Crossroads by Bone Thugs-n-Harmony.

Various elements from George Clinton's epic '80s funk track have been used to create the foundation of gangsta rap classics like Ice Cube's My Summer Vacation, The American Way by Nas, Snoop Dogg's Who Am I (What's My Name?) and even MC Hammer's ghetto-tastic Pumps And A Bump.

4. The Korgis - Everybody's Got To Learn Sometime

The melancholic piano and vocal from The Korgis' 1980 hit has been repeatedly sampled by dance artists, most notably NRG for 1992's breakbeat classic The Real Hardcore and Marc Et Claude for their trance interpretation I Need Your Lovin'.

A track clearly beloved by Bristol trip-hop heads, the soulful strings and descending bassline of Ike's Rap II from the Black Moses album were sampled by Portishead for Glory Box and Tricky for Hell Is Round The Corner, both in the mid-'90s.

The lo-fi piano loop from this acid house-era classic has been reinterpreted by dance artists such as Congress for their rave anthem 40 Miles, Slipmatt on his proto happy hardcore outing SMD#1, and even Norman Cook on Song for Lindy from the first Fatboy Slim LP.

The distinctive horn riff from this '60s funk workout has been sampled on dozens of hip tracks, including Eric B and Rakim's Eric B Is President, Big Daddy Kane's Smooth Operator, KRSOne's Step into a World (Rapture's Delight) and T La Rock's It's Yours.

While Afrika Bambaataa's interpolation of Trans-Europe Express by Kraftwerk is arguably the most famous reinterpretation of the German futurists' work, their track Numbers has also featured on its fair share of tracks. These include 80s UK hip hoppers The Cookie Crew's Got to Keep On and 7 Aurelius's Numbers.

10. Led Zeppelin - When The Levee Breaks

While Led Zep were heavily inspired by blues artists of old, it's not as if they haven't had their own back catalogue plundered by others. Tracks as diverse as The Beastie Boys' Rhymin & Stealin, Enigma's Return To Innocence and even Sophie B. Hawkins' Damn I Wish I Was Your Lover used the famous When The Levee Breaks beat.