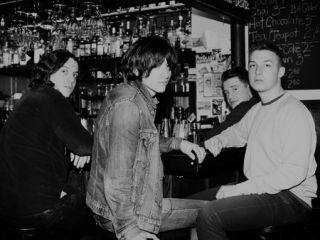 Fresh from releasing fourth album 'Suck It And See' earlier this week, Arctic Monkeys have announced a string of UK tour dates for the latter half of 2011.

The nine-date tour will take in venues across England and Scotland, including huge shows at London's O2, Birmingham's LG and Manchester's MEN arenas.

In the meantime, the quartet are preparing for two massive hometown shows set to take place this weekend (10 and 11 June) at Sheffield's Don Valley stadium before a summer spent playing festivals around Europe.

Arctic Monkeys new single 'Don't Sit Down Because I've Moved Your Chair' features as Total Guitar issue 216's Riff Of The Month. 'Suck It And See' is reviewed in the same issue (on sale 10 June to 7 July).