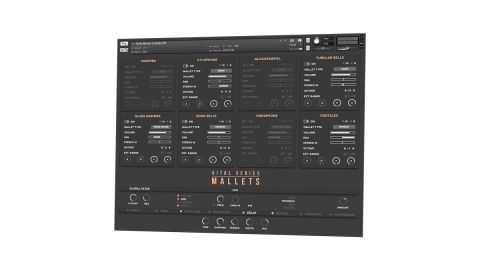 Despite a few niggles, Mallets is lots of fun and sounds superb.

Each instrument is sampled across a specific keyrange (20 semitones for Tubular Bells, four octaves for Xylophone, etc), up to two octaves of positional shift is available for moving them around on the keyboard, and flipping the Extended Range switch on an instrument maps and pitches its highest and/or lowest samples up and/or down to cover the full eight octaves. Thus, layers and splits can be defined to create custom hybrids.

The Kontakt UI makes layering confusing at times, not helped by the lack of activity indicators on the modules; but that aside, Mallets is fun to program and play, and sounds ace.