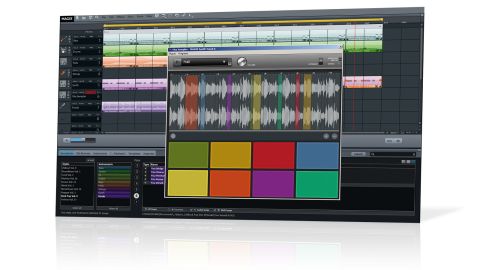 An utterly risible effort, this dire DAW is one of the worst pieces of music-making software we've ever encountered.

It seems that Magix' long-running Music Maker series is in it for the long haul, despite becoming less fit for purpose with each new generation.

Music Maker 2015 Premium is the worst version we've tried yet - Magix having seriously dropped the ball since we last reviewed it (read our Magix Music Maker MX Premium review) back in February 2012, where it scored 2.5 stars.

While it may be intended as an entry-level DAW, the software does everything in its power to exasperate and punish the hapless user. The annoyances begin even before you've launched it for the first time, as the installer attempts to put a subscription-based registry cleaner - simpliclean - on your system. This kind of bundling is irritating enough with freeware products, but with a pricey commercial package such as this, it's just astonishing!

While simpliclean can be opted out of, the "bonus" Magix software can't. Magix Music Editor 3 (an audio editor and cleaning tool) is at least relevant to the subject at hand, but Magix Xtreme Print Studio is a patently unnecessary addition that simply wastes hard drive space. Slightly more usefully, the package also includes another DAW: Magix Music Studio 2015.

Once up and running, the first thing Music Maker does is auto-update, which caused our version to terminate, relaunch and then throw up an error message stating that two instances of the software were running.

Eventually we managed to cajole the update into working, but then we were hit with another hurdle as the software tried to scan our VST folder, crashing or stalling every time. Thankfully, though, upon restarting, successfully scanned instruments were available.

There are plenty of other bugs and issues to contend with, too, including MIDI notes being sent when switching to the virtual keyboard view, the virtual keyboard graphics not appearing, pauses before playback, jitters on playback, and the Audio FX Rack's filter always outputting the dry signal in parallel with the wet.

Features-wise, the software doesn't seem to have changed much since we last saw it in 2012. There are a couple of new instruments (including the surprisingly decent World Flutes patches for the included ROMpler, Vita), and the soundbank has been expanded to more than 6000 samples, but the biggest additions are the aforementioned Vita Sampler and Vocal Tune 2.

Vita Sampler is a sample playback instrument that automatically chops up audio dragged into it and maps the slices randomly to its eight drum pads.

There's a randomise button for reassigning the slices, but there doesn't appear to be any way to manage the assignment yourself, and the manual doesn't cover the instrument at all, apart from mentioning that it's new. So, it's pretty much useless, rather like Vocal Tune 2, which crashed the DAW every time we tried to use it.

On paper, Music Maker is a comprehensive music production solution, but in reality, working with its buggy, old-fashioned interface is a frustrating experience that would infuriate a seasoned pro, never mind a beginner!

And despite the all-round instability and lack of quality, the program has the audacity to require connection to the internet once a month to validate the user license. Unbelievable!

Magix Music Maker 2015 Premium is a flawed release that should be avoided at all costs.