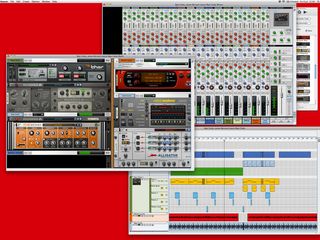 Reason 6: see it in the flesh at PSL.

Propellerhead Software has announced that Reason 6 will be previewed to the public for the first time Producer Sessions Live 2011 on 3 and 4 September.

Reason 6 is due to be released on 30 September, and will include all the features of Propellerhead's Record application plus three all-new effects. Swedish producer and product specialist Mattias Häggström Gerdt will showcase Reason 6 and the new Balance audio interface in the Propellerhead room (Level 5, Room 4) throughout the PSL weekend.

Producer Sessions Live is brought to you by our sister magazines Future Music and Computer Music, and offers intimate tutorial sessions with some of the biggest names in music production and gives you the chance to get hands-on with the latest hi-tech recording gear within a studio environment. Click here for a guide to the artists who are confirmed to present.