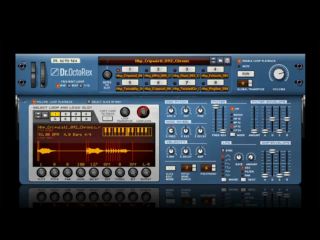 Propellerhead Software has revealed that it's preparing to release Reason 5 and Record 1.5, with the new versions of both products currently undergoing beta testing.

Details of the new features in these updates are set to be rolled out over the course of the week, with the first thing to be revealed being Reason 5's Dr. Octo Rex Loop Player.

This, as its name suggests, is a turbo-charged version of the original Dr. Rex that enables you to load up to eight REX loops and then trigger them on the fly. There are new edit modes, too - check out the video above for further details.

We'll be bringing you more on Reason 5 and Record 1.5 in the next few days - both applications are scheduled to be released late in summer 2010 with upgrade/crossgrade pricing being as follows: