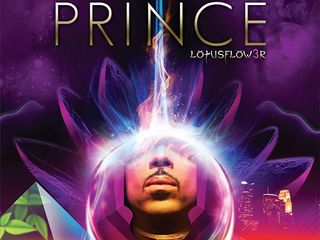 Prince's plan to launch three albums this year will come to fruition later this month when they go on sale in a single package at Minneapolis-based US store Target.

The triple-disc set will contain solo records LotusFlow3r and MPLSound, plus Elixir, a collaboration with current muse Bria Valente. It will retail for $11.98.

What isn't yet clear is how Prince plans to 'physically' release the package in other territories, but it has been announced that all three albums will be available for download on his new LotusFlow3r website.

This is also set to feature live concert footage. In an interview with Spinner, LotusFlow3r website developer Scott Addison Clay revealed that Prince has been filming almost all of his gigs since 1984, and may upload some of them in their entirety.

Clay also confirmed that the artist plans to add new content on a regular basis, some of which will be previously unreleased music.

This won't all come for free though; apparently, a year's subscription will initially cost around $77.

This could represent a good deal if you're a Prince fanatic and there's plenty of stuff to download, but at this price, casual followers may steer clear.