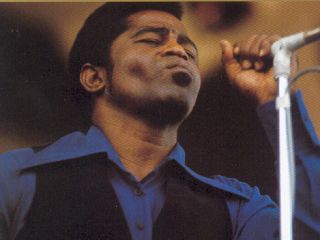 No one has been sampled more than James Brown.

It seems that DJ Osymyso may have broken the world record for the most samples used in a single track. The Quietus is suggesting that there are snippets of 50 different songs in their specially commissioned mash-up, and is reporting that this is more than anyone has ever used before.

The samples were sourced from the last 35 years' of music - take a listen to the track and see how many you can identify. Quietus editor John Doran, who commissioned the mash-up, says that he's only managed to pick out 36, but that doesn't mean there aren't more to be found.

All of which got us wondering - what's the most sampled song in history?

It's hard to answer this question definitively, but the general consensus seems to be that it's James Brown's Funky Drummer. Other frequently sampled songs include Sly & The Family Stone's Sing A Simple Song, Bob James's Nautilus and The Honey Drippers' Impeach the President.

What's certainly true is that, overall, The Godfather of Soul is by some distance the most sampled artist in history. In fact, he's so far ahead of the chasing pack that it seems unlikely that any other artist or band will ever be sampled more.