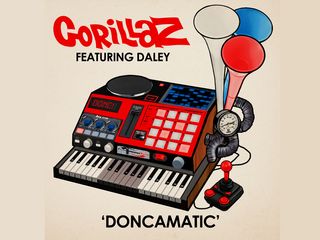 In calling their new single Doncamatic (All Played Out), Gorillaz are drawing attention to a vintage range of Korg rhythm machines. However, what's less widely known is that the song features a vocal sample of Korg founder and chairman Tsutomu Katoh.

Between 1963 and 1966, Katoh oversaw the production of four DoncaMatic rhythm machines, and it's him that you can hear saying 'DoncaMatic' on Gorillaz' single. What's not clear is whether or not Damon Albarn and co used any DoncaMatic hardware in the creation of the track - our suspicion is not.

Don't worry, though: we can bring you some real DoncaMatic action right now.

Doncamatic (All Played Out) features British singer/songwriter Daley and will be released on 22 November. Gorillaz are currently on tour in North America, and will kick off their UK and Ireland dates in November.