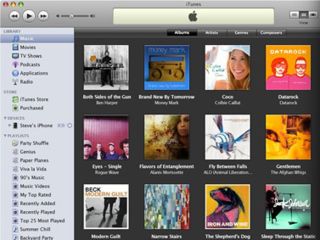 An MP3 download price war has broken out, with a surprise package throwing their hat into the ring as well as two major retailers altering their prices this week.

Market leader iTunes has amended its pricing strategy from 79p per song to a split-level structure, with some prices rising to 99p and some dropping to 59p.

But online giant Amazon retorted by dropping the price of some tracks to just 29p, including Lily Allen's The Fear and the current cross-Atlantic number one by Lady GaGa, Poker Face.

Amazon also offers some albums, including Back to Black by Amy Winehouse, Peter Doherty's recent solo release Grace/Wastelands and Green Day's American Idiot, for just £3, with some albums being sold for even less.

A selection of albums are offered for less than £5 by Apple's iTunes but these recent changes could see Amazon pose a threat to iTunes' previous dominance.

However, rapidly-growing free music program Spotify could be set to usurp them both, as it now offers downloads via London-based site 7Digital as well as the current free streaming of music with advertisements. Spotify users can pay a £9.99 monthly fee to use the site without adverts.

All of this means it will be easier than ever to access music legally for less cash. Sounds good to us.