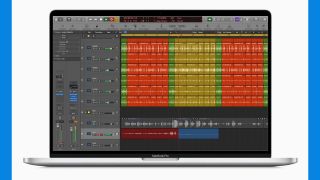 It may only just have been released, but it seems that retailers couldn’t wait to start cutting the price of Apple’s new 16-inch MacBook Pro.

We've seen plenty of savings on the 13- and 15-inch models in recent weeks, but the scale of the savings on the new flagship MacBook Pro came as a pleasant surprise. These deals first arose on Cyber Monday, but they're still going strong and represent amazing value if you're in the market for a top new music-making laptop.

With its new keyboard, excellent sound system and the ability to run many more plugins than its predecessor, the new MacBook Pro is a cracking laptop for music production, and with the discounts already rolling in, there’s no need to wait to buy one.