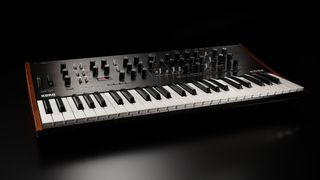 Tuning problems are par for the course with vintage analogue synths, but you don’t expect to encounter them in an instrument released in 2018. However, Korg has acknowledged that a “small and isolated” number of its Prologue 8 and Prologue 16 synthesizers do have a tuning issue, and has pledged to rectify it with a software update by the end of the year.

It seems that a number of users have encountered the problem when pressing a note repeatedly, with the pitch going up or down by as much as 15 cents. Obviously, when used in a musical context, this could lead to the instrument sounding out of tune.

Addressing the issue in an official statement on Reddit, Korg’s Nick Kwas says: “We have since been investigating the source of the behavior extensively, and believe the issue is present within the software responsible for tuning stabilization. Once the problem presents itself the behavior does not become worse over time. In fact, performing manual tuning may improve performance.

The 19 best high-end hardware synthesizers in the world today: keyboards and modules for $600/£500 and above

“We take this matter very seriously, and assure Prologue dealers and end users that we are committed to correcting this issue with a user-installable software update by the end of 2018.

“Our ongoing commitment is to deliver the very highest-quality musical instruments. We apologize for any problems this issue may cause, and thank you in advance for your understanding and patience.”

Of course, as one wag has suggested, one solution could just be to go microtonal with your music, but we’re guessing that most Prologue owners who are affected by the problem will be hoping that the fix arrives sooner rather than later.