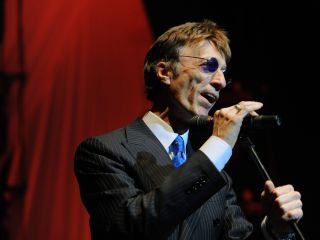 Robin Gibb, singer and songwriter with the Bee Gees, has died aged 62 following a battle with cancer.

"The family of Robin Gibb, of the Bee Gees, announce with great sadness that Robin passed away today following his long battle with cancer and intestinal surgery," said a statement.

"The family have asked that their privacy is respected at this very difficult time."

The Bee Gees were famed not just for their own hits - including the hugely popular soundtrack album from the film Saturday Night Fever - but also for songs that they wrote for other artists, including Diana Ross (Chain Reaction), Dionne Warwick (Heartbreaker) and Dolly Parton and Kenny Rogers (Islands In The Stream).