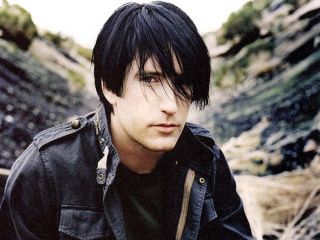 Jane's Addiction mainman Perry Farrell's travelling circus that is Lollapalooza was conceived in 1991 as a way of bringing 'alternative rock' to the masses. It worked, and Nine Inch Nails were a grateful attendant. Now NIN's Trent Reznor wants to return the favour…

Still 'dazed' from the band's Lights In The Sky tour, Trent Reznor is conscious of overkill: "I've been thinking for some time now it's time to make NIN disappear for a while." But there's always time for one last jaunt, this time with Jane's Addiction in tow.

"After some thought, we decided to book a last run of shows across the globe this year," blogs Reznor. "The approach to these shows is quite different from last year - much more raw, spontaneous and less scripted. Fun for us and a different way for you to see us and wave goodbye."

"I reached out to Jane's to see if they'd want to join us across the US and we all felt it could be a great thing. Will it work? Will it resonate in the marketplace? Who knows. Are there big record label marketing dollars to convince you to attend? Nope. Does it feel right to us and does it seem like it will be fun for us and you? Yes it does."

You can read the rest of Trent Reznor's 'ode to Jane's' and thoughts on how "corporate rock STILL sucks" on NIN's official site. Tour dates are yet to be announced, but when they are, it might be an opportunity not to be missed.