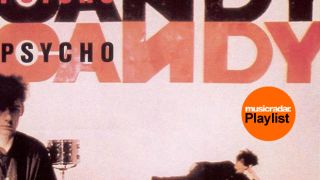 We round off the week with another round of listening recommendations from the staff behind MusicRadar. Enjoy...!

The first single from the Kingston three-piece's debut album Blood And Chemistry (due 6 May) sees the band come out swinging with this suitably dynamic video - all elbows and swirling axes. Commendation is also due for having the brass knackers required to release a 4.52 song as a first taste. (Matthew Parker)

The thing with Sam Beam is that, quite apart from having a magnificent beard and a seemingly bottomless well of great songs, he's yet to disappoint me. Iron And Wine get better and better with every record, and Joy is just bloody brilliant. And you can't ask for more than that, really. (Rob Power)

The news that Demon is reissuing J&MC's Psychocandy on red and black splattered vinyl for this Saturday's Record Store Day has caused us to temporarily revert to our 18 year-old selves. And it feels AWESOME. (MP)

Empire of the Sun - Alive

Luke Steele and Nick Littlemore return with a song that sounds like it could have been lifted from Walking on a Dream, Empire of the Sun's 2008 debut. This isn't necessarily a bad thing, though, particularly if you like your pop to be synthy, euphoric and anthemic. (Ben Rogerson)

Norwegian post-hardcore mob, Blood Command forge new heavy sounds worthy of your attention. Cult Of The New Beat feels urgent and exciting and has the kind of chorus that unwittingly forces your fist in the air in the middle of a bus journey. Catch them on their UK tour in early June. (MP)

A rolling garage groove and a video that is basically Monty Python And The Holy Grail versus home-made Greek mythology (plus a minotaur on the beach) make for a splendid five minutes. (RP)