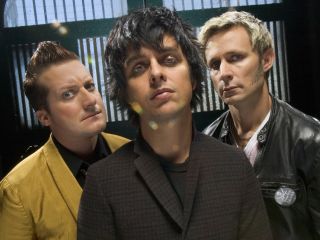 They've drip-fed artwork, album details and first single snippets in the shape of Know Your Enemy and now you can read every new lyric ahead of the 15 May release.

At the time of writing (and as Stereogum quite rightly point out) someone on Green Day's official site has screwed up the links. So you'll need to remove the first 'http://' part at the beginning of the URL and the redundant backslashes (/\) at the end.