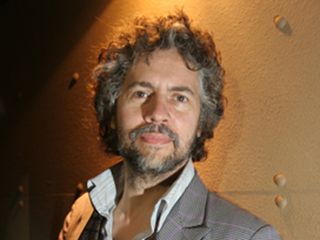 Wayne Coyne: get him a double

Flaming Lips frontman Wayne Coyne says that the band are considering releasing a double album next.

Coyne told Billboard that the band have already written 13 songs for the follow-up to 2006's War Of The Mystics, but hope to get another eight or nine penned before they hit the studio.

Coyne explains: "Somewhere along the way it occurred to me that we should do a double album. Just this idea that you can kind of weave a couple of themes into there and you can sort of sprawl a little bit.

He adds: "And some of my favourite records - thinking Beatles 'White Album', Zeppelin's Physical Graffiti and even some of the longer things that The Clash have done - part of the reason I like them is that they're not focused. They're kind of like a free-for-all and go everywhere.

"It's not necessarily because we're prolific, I think we always stay in a sort of perpetual panic of like we never have more songs than we need and we always wonder if any of them are any good to begin with.

"I do think we probably work best in a panic, so maybe it's best that I planned it this way."

Which sounds like getting in an early apology for a mess? We'll see.