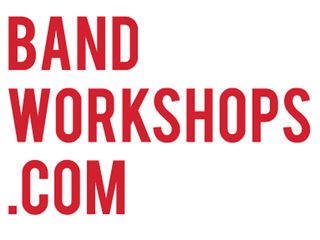 Band Workshops is the brainchild of two experienced musicians and educators, Mike Sturgis and Ian Edwards. The concept is to support musicians and artists in their development and to encourage live performance.

The Band Workshops Summer School is initially launching bespoke courses for guitarists and drummers, who will spend the week learning and developing their musical skills with professional musicians and highly experienced educators. On Friday 27th July the students will come together to put their skills into action for the Friday Evening Band Performance. All students will have the opportunity to show off their new-found skills and confidence in an evening of live performances, which will be open to friends and family, as well as the general public.

The first Band Workshop Summer School is open to guitarists and drummers of 14 years and over.

Ian told us "the driver behind Band Workshops is to create an organic music environment where musicians from different backgrounds and ability levels can come together and learn in a relaxed and supportive environment."

Band Workshops has some heavy weight supporters too, including Scott Gorham, Adrian Smith, Aziz Ibrahim, Zildjian and Protection Racket and Andertons Music to name but a few.