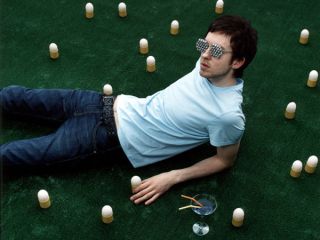 Calvin Harris: not so laid back

Calvin Harris has branded the British Phonographic Industry "c**ts", accusing them of causing the removal of his official music videos from YouTube.

The video for Harris's forthcoming single, Ready For The Weekend, was removed from his own YouTube channel after a reported "copyright claim" by the BPI.

The BPI is the trade organisation that represents the UK music industry, including Harris's label Sony/Columbia.

Writing at Twitter.com/calvinharris, Harris noted that although bootlegged videos of his new song still remained on the site, his original version had been removed.

"IT'S MY FUCKING SONG YOU ABSOLUTE BASTARDS," Harris Tweeted. "It's the fucking BPI. FUCK YOU 'The BPI'. What have you ever done for anybody you useless shower of cunts."

He added: "The BPI are the worst organisation to ever walk the earth, and their set-up is shambolic, and their online employees are all massive retards.

Harris continued: "I'm going to drive my car into the big window in the BPI's offices on my way to the studio this morning (July 23). I'm going to hire a 4x4 for the day so I make more of an impact, and hopefully reach the online monkeys at the back of the office."

Harris later apologised saying: "Ok I got a bit caught up in the heat of the moment. Sorry to employees of the BPI who aren't massive retards. But please put my video back."

All told, MusicRadar guesses Harris is none too happy. MusicRadar won't be putting money on him to win a BRIT in 2010, that's for sure.