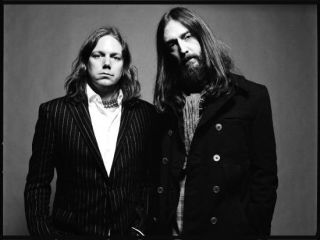 This autumn sees the release of two new albums from The Black Crowes. Before The Frost and its companion free album Until The Freeze have a 1 September release date in the US.

Fans who buy Before The Frost will receive a download code for a free second album, Until The Freeze. The band claim that this free download is a way of thanking fans for their enduring support.

Refreshingly, in this era of epic recording schedules, the albums were recorded in just five nights, at Levon Helm Studios in Woodstock, New York.

Before The Frost features 11 tracks, including Good Morning Captain and I Aint Hiding. The second, free, album features eight original tracks as well as a cover of So Many Times by Stephen Stills.