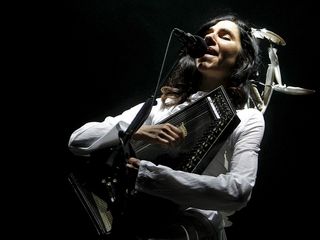 The shortlist for the 2011 Barclaycard Mercury Prize was announced at an event in London earlier today.

Nominations for the prize - which is aimed at celebrating the best album by a British artist - include MusicRadar favourites Anna Calvi, James Blake and PJ Harvey.

Harvey and Adele - whose second album 21 is the biggest selling digital album of all time - are the bookie's favourites to win right now, with William Hill offering odds of 4/1 on both.

The winner of the prize is decided by a panel of music critics and industry insiders. The results will be announced on 6 September.