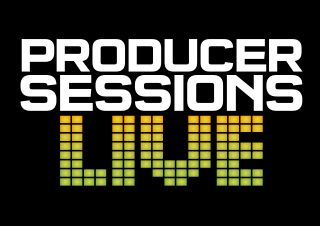 On September 3 and 4 Computer Music and Future Music are teaming up again to bring you two days of producer seminars at SAE London. This years' line-up is truly phenomenal with big names such as D.Ramirez, the Artful Dodger's Mark Hill, and the one and only StoneBridge whose legendary version of Robin S's "Show Me Love" is one of the biggest dance tracks of all time!

The show also plays host to hardware and software manufacturers and developers including Propellerhead, Avid, Moog, M-Audio, Genelec, Korg, Steinberg, Ableton, Novation, sE Electronics, Native Instruments, Akai, Waves, Focusrite and more. It's the perfect chance to try their gear for yourself and get tips from those who know it inside out.

New producers are being added in the run up to the event, so keep an eye on the roster and get your tickets before they sell out at www.producersessionslive.com.