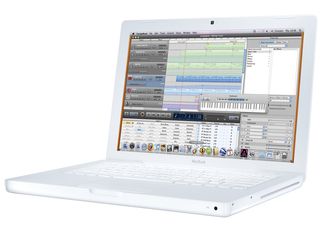 DAWs such as GarageBand enable you to record, edit and arrange music.

If you're going to make music on a computer, then you're almost certainly going to use something called a Digital Audio Workstation, or DAW. DAWs, put simply, are programs you can use to create, record, edit and arrange music.

At the heart of almost every DAW lies something called a sequencer - in fact, sequencers are such an integral part of DAWs that you'll often hear a DAW simply referred to as a sequencer.

You would first program the sequencer, which would in turn send the MIDI data (containing instructions for what notes to play and when) to outboard devices, which would then interpret the data and turn it into sound.

Indeed, you would 'sequence' a whole song in this way, which would be played back and then recorded to tape.

The move to software

Modern sequencers are not fundamentally different, but because they're software-based and incorporated into a powerful DAW, they're much more flexible. You can change parts and move them around far more easily, and record actual sounds (audio) as well as sending and receiving MIDI.

Sequencers are used to organise several instruments or parts, and each of these parts is loaded onto a 'track'. Therefore, a 64-track sequencer would enable you to have up to 64 different parts playing in unison.

The performance information for each track is mapped out on a timeline, a space in which time is displayed horizontally and tracks are displayed vertically. When you press play, a vertical line called a playhead moves through the song from left to right, and when it reaches an event within a track, the associated sound is heard.

The transport controls contain everything from the standard play, pause and record buttons to repeat (or looping) controls and more.

To adjust the volume of each of the tracks, your DAW also contains a mixer. A hardware mixer is a device used to balance the volumes of separate sound sources, and combine or 'mix' them all to be played through just one set of speakers.

Each channel strip also has a few buttons such as mute, solo and record arm/enable.

A great cross-platform DAW for beginners, with a slick and simple interface. It's geared towards getting you making music quickly, and contains over 600 built-in instrument sounds. It does lack support for third-party plug-ins, however, which can be limiting.

A fully-featured PC DAW with support for third-party plug-ins, music notation and some cool built-in instruments. A good choice if you want to get your head down and get seriously involved with your music.

Music Maker is a great value PC DAW. It's geared towards getting you making music straight away, and comes with some fantastic effects, instruments and samples. However, it lacks third-party plug-in support.

FL Studio is a PC DAW that's designed for making dance-based music, and FL Studio Express is a stripped-down version. It's the cheapest DAW here and a breeze to use.

If you've got a Mac, you'll know all about this already, as it comes bundled with all new models. It's arguably most user-friendly DAW there is.

For more advice, check out The Computer Music Special Beginner's Guide (volume 32) which is on sale now.