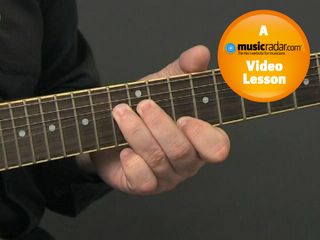 In music theory parlance, 'unison' refers to two examples of exactly the same note being played at the same time. So, when you're playing a unison bend, one of the two unison notes will be created with a string bend.

For our example below you'll need to use your first finger on the higher string. This finger needs to stay steady, without moving in sympathy with your second and third fingers as they bend the lower string.

Next page: tab for the video example

String bends require a lot of strength so use two fingers to bend the string - your second and third fingers in each case. This leaves your first finger free to fret the higher 'unison' note for each bend.