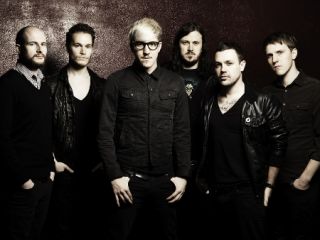 Matthew Davies, guitarist with Welsh rockers The Blackout, has signed a new endorsement deal with Vigier and will be using two GV Wood guitars on the band's current UK tour.

In celebration of its blossoming friendship with The Blackout, Vigier is offering a pair of tickets to a date of your choice on the band's UK tour, which kicks off 29 March at the O2 Academy Oxford.