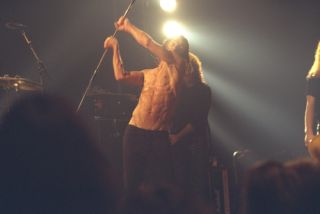 Alex Kirst, former drummer for The Nymphs and Iggy Pop, has been killed in a hit-and-run.

The drummer's body was found shortly before midnight on 13 January in Cathedral City, California.

"Please do the right thing, and turn yourself in, and provide the opportunity to have this proceed in a more responsible fashion. Obviously there can be no changing what has already happened, but from here out, there can be more closure."

Kirst came to prominence in the '80s and '90s as part of controversial rockers The Nymphs, later going on to be a renowned composer and touring with Iggy Pop.