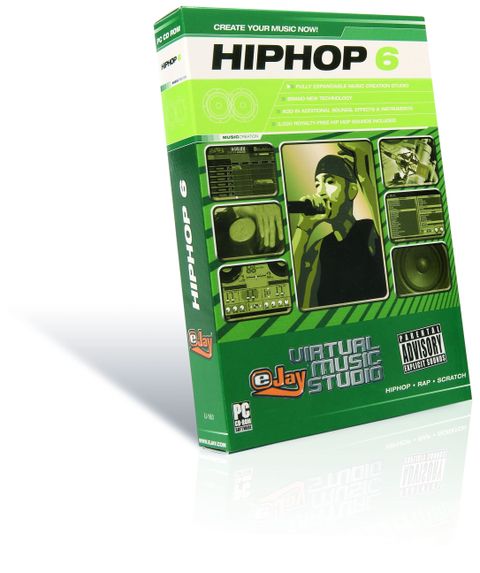 If you're an eJay fan, you'll appreciate the new look. Otherwise, only rookies need apply.

This must surely be the 700th version of eJay, though we're assured that Hip Hop 6 as been rewritten from scratch.

While this means that it's no longer compatible with the old-style .pdx or .mix files, at least we get a flashy new interface and a bunch of fresh instruments to play with.

The mechanics of dragging sounds from the file manager onto the simple arrangement screen remain unchanged, though in this version you have much more control over the effects.

Regrettably, there are a few niggles that hold Hip Hop 6 back, including problems when you're using consecutive instrument blocks, a confusing interface and a lacklustre selection of samples.

50 Cent isn't going to be quaking in his bullet-proof boots just yet then, but Hip Hop eJay 6's pick-up-and-play nature will delight both youngsters and the musically clueless.