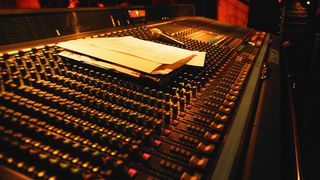 The '90s represented humanity's last chance to do something really exciting before the new millennium struck. So, how did the music world mark the end of the 20th century? Well, with such musical talents as Nirvana, Oasis, Blackstreet and The Spice Girls, of course.

More and more new musical genres and sub-genres sprung up in the nineties, though it's fair to say that some lasted longer than others. It's debatable whether the likes of grunge, new jack swing, trip-hop, gangsta rap, big beat and Britpop made it out the other side, but for a moment there, they captivated us all, and those responsible for the sounds of the decade should be rewarded.

You can celebrate this period of musical history by casting your vote and helping us to decide who was the best producer of the '90s.

In cased you missed them, here are the results for the preceding decades: