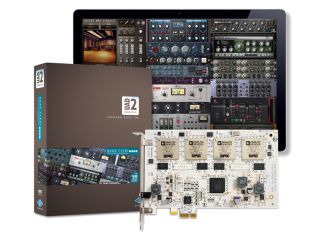 All UAD-2 SOLO, DUO and QUAD DSP Accelerator Packages now feature smaller, "greener" packaging, and include the new "Analog Classics" Software Bundle at no additional cost - the perfect way to inject the true sound of analog gear into the digital domain.

• 1176SE Limiting Amplifier - A DSP-optimized version of the 1176LN, yielding higher instance counts and its own unique characteristics.

• RealVerb Pro Room Modeler - The RealVerb Pro has often been hailed as the most flexible and natural sounding reverb plug-in in the industry.