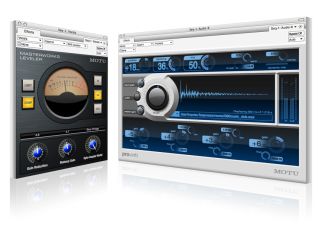 MOTU's Digital Performer software doesn't have the high profile of Cubase, Sonar or Logic, but it's a powerful application with a loyal user base. The company has announced that version 6 of the software is on the way, and that this will deliver both aesthetic and functional improvements.

A redesigned interface tops the 'new stuff' list for DP6: you can now vertically resize the track list and the window design has been streamlined. Elsewhere, there's new track comping functionality - various enhancements make it easier to work with multiple takes.

There are new plug-ins, too, with the headline addition being the ProVerb convolution reverb. MOTU reckons that, as well as sounding great, this is also CPU-efficient. The MasterWorks Leveler, meanwhile, is an emulation of the Teletronix LA-2A optical levelling amplifier.

Digital Performer 6 will be available within the first quarter of 2008 priced at $795. Upgrade and crossgrade prices will also be offered - you can find out more about these (and check out the new software's full specs) at the MOTU website.