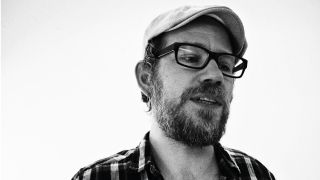 Softube's Henrik Andersson Vogel: "There are a number of products in the works, and you'll see them all in due time!"

We grill Hans Andersson Vogel of the company who made it its business to emulate others while still breaking the mould.

Tell us how Softube began and how the company has grown…

"It all started as a research project, when the founders, Oscar and Niklas, were studying digital signal processing at University. They thought it must be possible to do a better job at modelling guitar amps than what was on the market at the time. When they founded the company - this is 2003 - the idea was not to release products under the Softube brand name, but purely to help other companies develop new products. That changed over the years, and the first Softube plugin was released in 2007: Vintage Amp Room. We still work for other companies, though, and we've developed for Fender, Marshall, Native Instruments, TC Electronic and others."

You recently launched your first hardware product, Console 1, an integrated software/hardware mixing solution. What aspect of Console 1 are you most proud of?

"I think that we're most proud of the fact that it really does what we intended - it doesn't only give you the analogue sound from the SSL 4000 E console, it also gives you super-fast and intuitive workflow."

What was Softube's greatest challenge in analogue modelling?

"Probably the super-famous tube opto limiter we modelled for Native Instruments' VC2A. The light source doesn't only vary in intensity, but also in colour, and the opto resistor reacts to that. So the unit's response was very difficult to model, and it took a lot of trial and error to get it right."

You've just formed a strategic partnership with Marshall. Will there be Marshall-branded amp plugins some day?

"It was fantastic creating the JMD:1 series amps with Marshall. They're probably the most well-known company in our entire business, so it's a fantastic honour that they chose to work with us. There are a number of products in the works, and you'll see them all in due time!"

You've developed plugins for Universal Audio's UAD-2 platform. Why? And does the UAD-2 version of a plugin sound "better" or "different" to its native equivalent?

"We've released some of our native plugins on the UAD-2/Apollo platform. We think the UAD-2 users are loyal to the platform and prefer to buy UAD-2 plugins rather than native ones, so releasing our products there doesn't cannibalise our native sales. To settle the debate: There is absolutely no difference in sound between our native plugins and their UAD-2 equivalents."

What's coming next from Softube? Any piece of hardware you'd love to model some day?

"We've been working on another console emulation for Console 1. It's not what you'd expect, but after that, we'll do two that people have been asking us for. We also have a very cool plugin coming out that I'm quite sure will raise an eyebrow or two…"