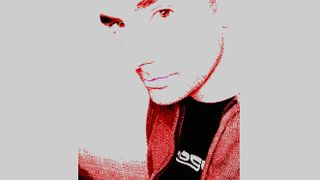 Canadian music software company Plogue has been hammering out something of a niche in the emulation of classic electronic sound chips. Its Chipsounds software models the bleeps and bloops of classic games consoles and arcade gaming machines - a veritable Who's Who of nostalgic 8-bit noisemakers.

More recently, the company has finished work on Chipspeech, a software 'instrument' that models some seminal voice synthesis chips; but it's not just the past that obsesses Plogue - its Bidule 'modular DAW' acts as a host for plugins and provides comprehensive in-the-box routing, making it a hit with top composers and live electronic performers alike.

We spoke to Plogue's Chip-Guru-In-Chief, David Viens, to find out how the company goes about making its meticulous software, and to find out what's coming next…

When it comes to chip music, what's your favourite ever old-school sound chip, and why?

"My old friend was the only guy in the neighbourhood with a C64. I ended up spending four summers straight at his place in the mid 80s! In my opinion, without it's unique sound, the C64 would not have had the level of success and longevity that it did. Some could say the Amiga beat it with its four-channel, vari-speed, 8-bit PCM playback… but for me, it's only ever been outclassed by modern PCs running VSTis.

"The SID was designed by MOS to be sold to synthesiser companies (so it's fitting that the engineer who made it quickly left Commodore/MOS to start Ensoniq!), and was leaps and bounds ahead of all of the other stuff I'd heard at that point. It had ring mod, PWM, hard-sync, not mentioning the Hubbard-style 'wavetables' (changing waveforms rapidly) that were soon abused by most composers, and it played samples through the infamous $D418 volume trick. It was eternal love. So yes, the SID hands down!"

Your latest product, chipspeech, recreates seven classics 80s voice synthesis chips. Which was the most challenging to reproduce in software, and why?

"While each voice created its own unique set of challenges, I'd say have to say that the biggest challenge was creating voices from incomplete phonetic data. Some sources, like the infamous IBM704, who sang Daisy Bell in 1961/1963, were taken from vintage vinyl recordings and did not contain all the transitional English phonemes required - more than a thousand! So there was a lot of formant DSP voodoo done to fill in the gaps. That being said, we had to be extra careful to preserve its original tone as much as possible.

"We knew how to make typical virtual synthesizers, but a singing synthesizer was a totally different beast; there were lots of text/MIDI synchronisation issues that were tricky to solve in a way that doesn't burden the user's workflow. On top of that, we had to create five different singing engines (Formant/LPC10/LPC12/Mozer and Klatt), and get the rights to vintage data files to feed them. It took quite a bit of vintage hardware reverse engineering and testing, but that was the fun part!"

What can we expect to see in chipsounds 2.0? What were the most common v1 user requests/feedback that you plan to address in v2?

"Chipsounds 2.0 is a complete rewrite and uses nothing from 1.0. I went back to my original research and delved even deeper; I began to do 100% clock-accurate models of each chip through intensive reverse engineering. Note for note, chipsounds 1.0 does sound nearly identical to the chip from which it originates, but uses the same 'band-limited oscillator' model across many chips. Therefore, it cannot do the sort of weird inter-channel interactions that were possible with the AY-3-8910 (aka YM2149F)'s noise and tone, and the SID's ring mod/hard sync, but those are just a few examples."

In your emulative, chip-oriented products, how do you strike the right balance between authenticity of operation and sound, and reproducing unusual quirks/restrictions, and giving the modern-day user the kind of flexibility and convenience they are used to? Do you have a general philosophy for this? Are compromises sometimes necessary in order to achieve your goals here?

"Our synths need to be expressive! We want someone to just click on a preset, have a go at the keys, mod and pitchbends and get inspired. There are preset users and power users for any synth! When it comes to chip music and vintage gear enthusiasts, you find there is an incredible amount of users who have done some very low-level tricks on these devices growing up, and they expect to be able to do accurate micro-tweaking on the engines to their hearts' content. Finding the right balance is a challenge, but it's something we're constantly striving to reach."

What's happening with Bidule at the moment? Are you still working on it, or did you manage to make the perfect computer music tool?

"Bidule is far from perfect, but it certainly does what it was designed for! It's a nothing-hidden-patch-cable approach to using VST/AU plugins and dealing with media. I use it for all my research, and many plugin vendors I know use it for their own development and research. We're still actively adding tweaks to it. To give you an example, it now supports VST3.0."