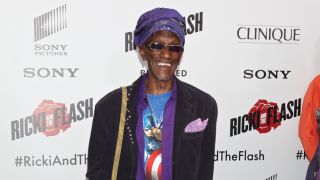 George Clinton has been paying tribute to P-Funk keyboard legend Bernie Worrell, who died last week at the age of 72. He had previously announced that he was suffering from stage-four lung cancer early in 2016.

A child prodigy, Worrell was playing piano at age three and composing at age eight. He attended Julliard and the New England Conservatory of Music before forming Parliment-Funkadelic with Clinton, with whom he played piano, synths and organ, as well as co-composing some of the group's most influential material.

Reacting to Worrell's death, Clinton said: "This is a huge loss. The world of music will never be the same. Bernie's influence and contribution - not just to funk but also rock and hip-hop - will forever be felt. Bernie was a close and personal friend and this is a time of sadness for me personally. P-Funk stands with his family and fans alike in mourning this loss. The world is a little bit darker and a little less funky without Bernie in it."

Worrell was particularly well known for his use of the Minimoog, on which he developed a unique playing style. Speaking to MusicRadar in 2013, he said that he was inspired to start using the synth after hearing Keith Emerson. "I loved the Tarkus album," Worrell explained. "Keith was the first guy I heard using the Moog. I liked the sound of that album and the things he was doing with the instrument."

Worrell's talents were also tapped by a variety of new wave artists, including Talking Heads, with whom he can be seen in the film Stop Making Sense.

In 2011, MusicRadar users voted Worrell one of the 27 greatest keyboard players of all time.