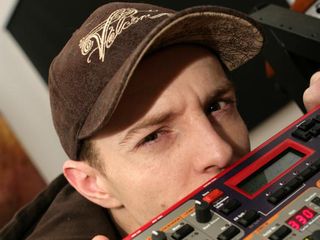 Deadmau5: his sounds in your DAW.

Late last year, Canadian producer Deadmau5 was at the centre of a sampling controversy when it emerged that sounds from his song Faxing Berlin were being bundled with FL Studio.

Presuming they were royalty-free, an artist by the name of DirtyCircuit used these in one of his own tracks, but then claimed that he was being threatened with legal action.

This sparked much debate, but the good news for Deadmau5 fans is that they can now legitimately use his sounds in their productions, because he's just released a sample pack.

This was produced in collaboration with Steve Duda, Deadmau5's "long-time friend and studio accomplice", and contains both loops and one-shots.

These were created using a wide range of gear, including circuit-bent and analogue drum machines, vintage analogue synths, acoustic drums and plenty of digital equipment, too.

Most importantly, all the sounds are royalty-free, and according to Steve Duda "can be used in original productions with no fear of legal repercussions".

That's good to know; the Deadmau5 sample collection is available now from the Loopmasters download store and features WAV and REX content. It costs £64.95.