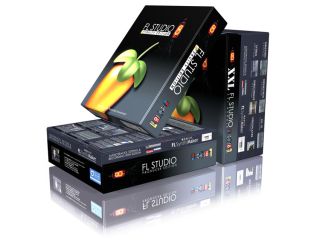 Not all of the FL Studio samples are royalty-free.

A user of Image Line's FL Studio claims to have been threatened with legal action for releasing a song that contains samples that ship with the software.

Little-known artist DirtyCircuit put out a track called Berlin (you can hear it on his MySpace page), and has written on Image-Line's forum that he's now been contacted by potty-mouthed producer Deadmau5 because this contains uncleared samples from his track Faxing Berlin.

However, he didn't sample the Deadmau5 song directly - he got the loops from the library that came with his copy of FL Studio.

DirtyCircuit claims that he wasn't aware that the loops weren't to be used in commercial productions, but Image-Line representative Jean-Marie Cannie says that they were only included for demonstration purposes.

"The loops and demo songs are available to demo what's capable in FL Studio," he says. "It doesn't mean you can just render the songs and loops and start selling them as your own."

He goes on: "For over ten years it has always been pretty clear that only the (what we could call) 'static' samples (of hits, stabs, kicks) are royalty-free and that all the rest belongs to the people that created it (which goes for all songs, scores, samples)."

You can read more about the case on our sister magazine Future Music's blog - coincidentally, the new issue of the magazine features an interview with Deadmau5.

As FM says, it's hard to work out who's right and who's wrong at this stage. If it's made clear that samples aren't royalty-free then users shouldn't complain when they're called to account for using them commercially.

However, if 'demo' samples are thrown in with content that is royalty-free, there's massive potential for confusion.