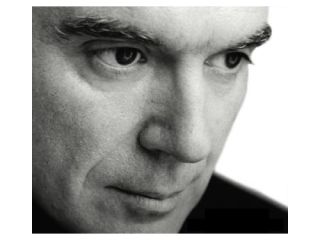 Feel the Byrne: the former Talking Heads man will tour in September.

David Byrne has announced that he and Brian Eno will release a new album, Everything That Happens Will Happen Today, in August.

Byrne and Eno have worked together several times before, most notably on 1981's influential My Life In The Bush Of Ghosts, but this release represents the pair's first collaboration in over 30 years.

The former Talking Head will follow up the launch with a tour in September, during which he plans to play not just material from the new record, but also previous Byrne/Eno songs.

Writing on the new Everything That Happens website, Byrne says that: "For the most part, Brian did the music and I wrote some tunes, words and sang. It's familiar but completely new as well. We're pretty excited." The duo have also described the new material as 'electronic gospel'.

The album will be streamed via the aforementioned website and available to buy in physical and download formats. One song, Strange Overtones, will be offered as a free download from August 4.