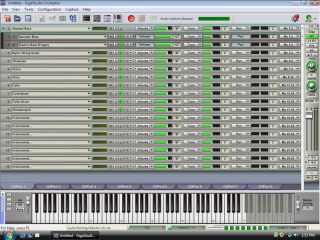 GigaStudio's users want to keep developing and supporting it.

If you're a GigaStudio user, you'll likely be pretty annoyed at the fact that Tascam is to stop developing and supporting it, but perhaps you're not going to be left as high and dry as you might have feared.

A petition site, Open GigaStudio, has now been set up, and its proprietors hope that if enough people post on it, Tascam will be persuaded to make the code for the software open source.

This sounds like a fine idea to us: GigaStudio has an army of loyal users, and it'd be great to see them given the chance to develop and support it. Many of them have invested considerable amounts of time and money in the software and won't want to see this go to waste.

Of course, Tascam may be waiting to see if they can find a buyer for the code before they give it away, but if there aren't any takers, MusicRadar can't see any reason for them to hold it hostage.

Liked this? Now read: The 11 plug-ins you can't live without and The 11 best DAW software apps