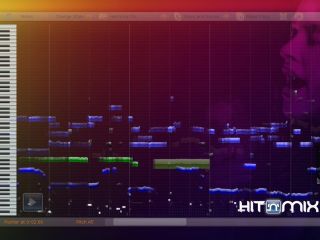 Hit'n'Mix: ready to answer the prayers of remixers and mash-up artists?

For remixers and bootleg mashup artists, the ability to break a fully mixed recording down into separate components is the Holy Grail. Imagine being able to take a complete track and isolate parts, extract acapellas or just listen to individual instruments in order to get a better idea of how it was put together?

Hit'n'Mix (£79.99), a new Windows-based utility from London-based software development company the Neuratron Group, promises to strip any song down into its "basic building blocks" and enable the editing of each one individually. With such bold claims, it's unsurprising that the software has even attracted attention from the mainstream media.

Anyone who's ever tried to steal a drum loop or a vocal hook from a finished track will tell you that extracting individual parts from a stereo audio file is tricky at best and nigh on impossible in most cases. In theory, audio alchemy can be performed with clever mid/side trickery and surgical use of EQs, but even then it can be a laborious task to achieve even the most basic results.

The DNA (Direct Note Access) features introduced to Celemony's Melodyne editor software in 2009 were revolutionary, allowing us to edit individual notes in a polyphonic recording for the first time, but even DNA doesn't enable you to break apart a complete song. Surely, then, Hit'n'Mix's claim to allow complete control over every element of a stereo mix is too good to be true?

How does it work?

Hit'n'Mix can import MP3 or WAV files or rip tracks directly from an audio CD. Imported tracks are converted to the proprietary Rip audio file format, which the developers rather vaguely claim contains the information necessary to re-synthesise the audio data rather than simply containing the audio itself.

The company suggest that converting a three-minute track to Rip format will take 5 minutes with a quad-core processor, 10 minutes with a dual-core and 30+ with a single-core, although they don't specify CPU speeds.

In practice, it took just over 19 minutes to convert a three-and-a-half minute track on our 2.26 GHz dual-core laptop. Not terrible, but it'd be nice if there was a batch processing option so you could line up a folder full of files for conversion and leave the software to do its work.

During the conversion process, Hit'n'Mix identifies each instrument, automatically calculates a key signature and detects the rhythm of the track. Each sound is automatically identified as one of fourteen instruments, including voice, piano, guitar, bass and drums. Once the conversion process is complete, it's also possible to identify parts manually by selecting notes in one of the two view modes and then clicking the appropriate instrument name.

At its most basic editing level, Hit'n'Mix allows the relative volumes of each element to be adjusted using the sliders in the bottom right-hand corner of the screen. Sure enough, it's fairly effective in removing elements of a track as you pull the faders down, but as you strip more parts out you'll start to hear more and more artefacts and glitches.

There's also a slightly odd Change Style feature, which quantises the pitch of absolutely every note in the track to preset scales such as Blues or Minor. We can't see it being very useful to professionals, but it's a fun toy to get an idea of how Hit'n'Mix's editing options can work.

Unfortunately, Hit'n'Mix doesn't always function as smoothly as you would hope. The developers are understandably coy about revealing the details of how the software works, revealing simply that "it knows how different instruments sound and searches them out."

It seems fair to assume that the detection algorithms rely heavily on frequency analysis, and Hit'n'Mix's weaknesses are most apparent when multiple sounds occupy the same frequency range or create notes of the same pitch simultaneously.

In some cases this isn't such a problem, but if you're trying to edit a song with a busy, instrument-packed mix or harmonically rich distorted sounds the results may be a little disappointing. A bit of bleed isn't necessarily always a major problem, but don't expect to create pristine, perfectly separated multi-tracks every time.

On the subject of multi-tracks, one of Hit'n'Mix's major downsides is that there's no option to export all the elements of your ripped track as individual audio files. If you want to create your own stems you'll have to solo each part manually using the faders, then laboriously export them one by one as WAV or MP3 files. It is possible to copy and paste parts between ripped tracks in Hit'n'Mix itself, but it's nowhere near as flexible as working in your DAW.

On a more superficial note, the program's flashy graphics are a little unnecessary and frankly make it look a bit cheap - think iTunes Visualizer on steroids rather than professional music tool.

Hit'n'Mix certainly isn't perfect, and at £79.99 it's not cheap enough to forgive its failings. The price suggests that it's a semi-serious tool, but the gimmicky user interface and inconsistent results make it more of a musical toy.

Having said that, we'll definitely be keeping an eye out to see if version 2 can push it to the next level and make it a serious option for producers, DJs and sample-hungry musicians. The developers tell us that Hit'n'Mix 2, due for release later this year, will offer a more professional take on the same concept, with better sound quality and the ability to export stems for each instrument. Mac users will also be able to get in on the action.

Hit'n'Mix version 2 will be a free upgrade to all owners, so if you do decide to take the plunge at this early stage of the software's development you can rest assured that you'll benefit from the new features without having to fork out again for the update.

For now, though, the best bet is probably the feature-limited Hit'n'Mix Play, available as a free download. The light version is restricted to the more basic editing options, but it gives a good idea of what the paid-for software can do.