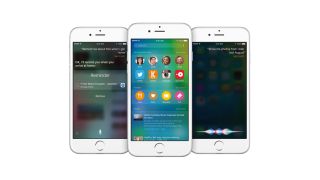 Could iOS 9 have a spectacular hidden feature?

It seems that we didn't quite catch all the things from Apple's WWDC15 keynote that should be of interest to music makers. Tucked away on a slide during one of the presentations was a reference to "Audio Unit extensions", which could pave the way for the arrival of audio plugins on iOS.

As things stand, if you want to use an iOS music making app in combination with others, they have to be connected together using a routing system such as Audiobus or Inter-App Audio. However, if Audio Unit "extension points" arrive - and, if you read Apple's iOS 9.0 release notes for developers, it seems they will - this could change.

The notes state that: "The Audio Unit extension point allows your app to provide musical instruments, audio effects, sound generators, and more for use within apps like GarageBand, Logic, and other Audio Unit host apps. The extension point also brings a full audio plug-in model to iOS and lets you sell Audio Units on the App Store."

Create Digital Music believes that this could mean that not only will you be able to download (probably fairly simple) plugins from the App Store, but that the model will also be applied to OS X and the Mac App Store, meaning that developers may be able to sell their wares to both desktop and mobile users.

We should caveat all this by saying that Audio Unit extension points are not yet confirmed - we recall that Inter-App Audio was first referenced on a slide during the iOS 6 launch presentation, but wasn't implemented until iOS 7 - but it does seem that they're on Apple's agenda.

And if they do arrive, the world of mobile music making could get a whole lot more interesting.