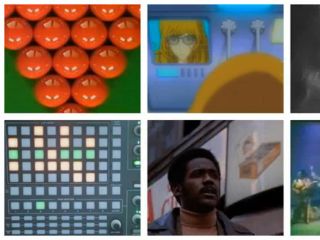 What have Isaac Hayes' Theme from Shaft and John Williams' Star Wars Imperial March got in common? No so much, you might think, but they form the bedrock of a new nine-song mash-up (Don't hold back, just push things forward) that was created in Ableton Live and triggered live using an Akai APC40 controller.

Discussing the making of the mash-up, Ithaca Audio's Chris Evans-Roberts told MusicRadar: "The track started when we noticed the similarity in the rhythms of the intro to Isaac Hayes' Theme from Shaft and John Williams' Imperial March from Star Wars.

"We then set about trawling through lots of tracks and a capellas to find audio that was similar in tempo (around 127bpm) and would fit the key (in this case G minor). We loaded a huge selection of cut up clips into Ableton Live 8 and worked out elements that fitted well together, concentrating on getting a flowing rhythm with a mix of drums, chord sequences, basslines and vocals that blended nicely.

"We then recorded the Live/APC40 performance using a Flip HD camera that was lying around the studio and bounced the audio. A few mastering tweaks were added to the exported master audio track in Cubase.

"The audio and the APC40 video was then edited together with the clips from the original videos in Adobe Premiere Elements."

Chris says that he's hoping to use Max/MSP for real-time video triggering in the future, so watch this space.