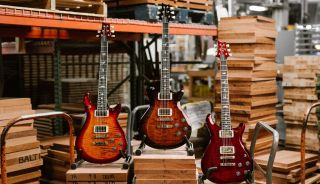 NAMM 2020: PRS is ramping the releases up this year for its 45th anniversary with the the latest addition of three McCarty 594 models to its S2 line.

These guitars are especially notable for being the very first time McCarty models have been offered outside of PRS's Private Stock and Core lines.

Let's take a look and listen…

PRS are moving into 2020 with plenty of new models – previous announcements include 45th Anniversary models and pickup upgrades, the new SE lineup and new signature models for Periphery's Mark Holcomb and Between The Buried And Me's Dustie Waring.