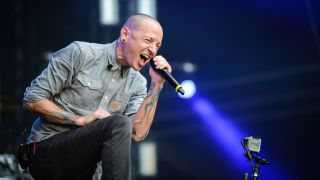 Chester Bennington, frontman of Linkin Park, has died, aged 41, it has been confirmed.

The LA County Coroner has said Bennington hanged himself at his home.

Bennington was close to Soundgarden frontman Chris Cornell, who took his life in May; today would have been Cornell's 53rd birthday.

Linkin Park were best known as one of the definitive acts of the nu-metal era, with 2000's debut album Hybrid Theory selling over 11 million copies in the US alone.

The band were due to continue touring new album One More Light in July.