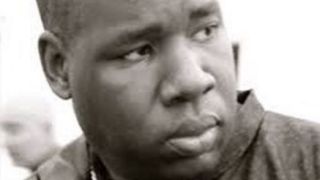 John Blackwell Jr, the virtuoso drummer who played with Prince for more than a decade, has died in Florida at the tragically young age of 43.

"My husband incredible drummer John Blackwell Jr. passed the way peacefully in my company today," read the short statement. "Thanks God for his life and thanks everyone for their support."

A talented musician from an early age, Blackwell played with Patti LaBelle in the late ‘90s, a gig that led to him becoming Prince’s drummer in 2000. He retained the position for 12 years, and also toured with Justin Timberlake in 2006. In 2015, he picked up the sticks for D’Angelo as a member of his band The Vanguard.

Musicians have been quick to pay tribute to Blackwell, who was diagnosed with a brain tumour in 2016. You can read a selection of their comments below.

My husband incredible drummer John Blackwell Jr. passed the way peacefully in my company today. Thanks God for his life and thanks everyone for their support. Yaritza

So sad to hear of the passing of John Blackwell...hung with him many times...great drummer and great guy...taken waaaay too soon : ( pic.twitter.com/CzyBJNAqOHJuly 4, 2017

Thank you for everything you shared with us John. Your beautiful spirit and incredible music will live on 4Ever! #JohnBlackwell 💜 https://t.co/g0UTaM1aDXJuly 4, 2017

My beautiful friend John Blackwell passed away 2day Plz keep his family in prayer. He was amazing manLuv u my brother pic.twitter.com/X08DYf7MJOJuly 4, 2017

We lost another brother... John Blackwell made his transition today!!! Our prayers go out to his wife and family! https://t.co/bWUgRBQql4July 4, 2017

Rest In Peace #JohnBlackwell Your legend will live 4ever. One of the best to ever pick up drumsticks. Prayers to family and friends 🥁🙏🏻July 4, 2017