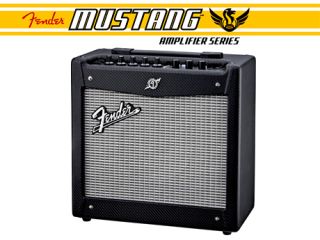 Up for grabs is an awesome new Mustang I combo, a Fender Standard Stratocaster in Candy Apple Red plus picks, strings and a whole load of other cool accessories. That's £700 of Fender goodness right there.

To enter, first head on over to the Fender Channel and check out MusicRadar's Guitar Editor Chris Vinnicombe putting the Mustang I through its paces in this video, then answer the following question:

What is the final amp model that Chris demos in the video? Is it,