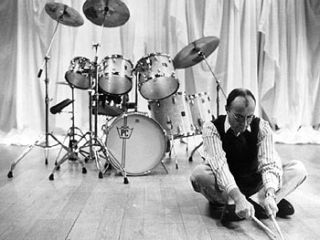 Phil Collins was a close collaborator of John Martyn's

Phil Collins has paid tribute to John Martyn, whose death was announced 29 January. Collins played on Martyn's 1980 album Grace And Danger and 1981's Glorious Fool (Collins also produced the latter). The two became close as they had both gone through painful divorces.

The starkly emotional Grace And Danger remains one of Martyn's triumphs. Martyn later said that Grace And Danger was "probably the most specific piece of autobiography I've written. Some people keep diaries, I make records."

Collins told the BBC: "John's passing is terribly, terribly sad. I had worked with and known him since the late 1970s and he was a great friend.

"He was uncompromising, which made him infuriating to some people, but he was unique and we'll never see the likes of him again.

"I loved him dearly and will miss him very much."

Here's another example of Martyn's unique guitar talent, the beautiful Small Hours from 1978.