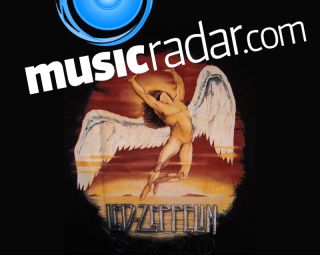 It was only yesterday that, according to BBC 6Music, Led Zeppelin were going to tour and record again. Today, however, they're not. We know this because Jimmy Page's manager Peter Mensch told us.

So how did such a contradiction come about? Allow us to show you via a timeline of every critical, crucial and some minor events leading up to what someone just labelled as "Zep-gate." Or "Led-fence", perhaps…

9:00am GMT
The MusicRadar office - despite Arctic commuting conditions - opens for business as usual.

10:52am
An interview with Jimmy Page's manager Peter Mensch pops up on BBC 6Music. Apparently Led Zeppelin will tour and record a new album without original frontman Robert Plant.

10:54am
Someone with an eager eye notices that the article in question was published on 7 January 2008. This fact is dismissed as irrelevant. Perhaps the millennium bug is finally catching up with the BBC's web operations.

11:02am
Our man in New Jersey, Joe Bosso, puts in a call to Led Zep's people. He wants a word with Peter Mensch. A Plantless Led Zep is, after all, big news.

12:55pm
The news spreads like wildfire, with the NME, MTV and Rolling Stone (to name but a few) quoting the BBC interview.

14:45pm
Joe Bosso finally makes it through a barrage of ice-tongued receptionists to the offices of Peter Mensch. The conversation went something like this:

JB: "Hey Pete, nice interview with the BBC, who's replacing Robert Plant, then?"
PM: "What interview? I haven't spoke to those guys for like four months or something."
JB: "So Led Zeppelin are not going to tour and record?"
PM: "No chance."

15:54pm
Realisation hits that the BBC - and everything else on the interweb - has been quoting old news. Perhaps the previously dismissed and ridiculous 'millennium bug' theory was, in fact, not so ridiculous. Or perhaps it was a slow news day and that four-month-old 'I'll-get-around-to-writing-it-up-later' interview with Peter Mensch suddenly seemed like a good idea.

17:43pm
The real story is posted on MusicRadar: "Led Zeppelin are over."

9:55am
The BBC and NME are contacted with the updated news. The NME removes the old article from the homepage. The BBC agrees to check its facts.

15:15pm
Still no retraction from the BBC.

10:01am
Overnight, the rest of the internet is, quite rightly, rather confused. MusicRadar's exclusive hits the mainstream including The Guardian, LA Times, Teletext's Planet Sound, XFM, Undercover News, Blabbermouth, Gibson and Idolator, to name but a few.

14:43pm
Still no retraction from the BBC.

Liked this? Now read: The best electric guitars under £300, The top 10 stompboxes we can't live without and 12 best amps for heavy metal