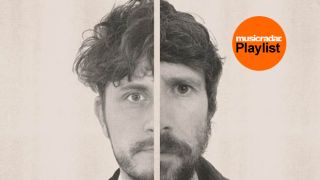 As the weekend rolls around once more, it's time again for our weekly round-up of the tunes currently gracing the MusicRadar office stereo.

Neon Neon's new album Praxis Makes Perfect is out on Monday and if lead-out track Mid Century Modern Nightmare is any indication we're in for another archly '80s synth pop treat - even if it is a concept album about Gingiacomo Feltrinelli. (Will Groves)

The best Guided By Voices songs - which is to say, all of them - rush over you like wonderful little daydreams. Flunky Minnows, like everything in the GBV canon, never wears out its welcome. Brimming with lo-fi charging guitars and lush vocal harmonies, it's another delightful tip of the hat to mid-'60s British Invasion groups from the pride of Dayton, Ohio. From the band's upcoming full-length, English Little League. (Joe Bosso)

Bored of waiting for a new Avalanches album? Lapalux is here for you with Nostalchic, a beautiful album stuffed with intricate but accessible sample collages. (WG)

Camera Obscura - Do It Again

I love this band, and every time a new album is imminent they remind me why. This has been stuck in my head since it appeared online, and it's basically pop as only Camera Obscura do it - clever, hooky and classy. (Rob Power)