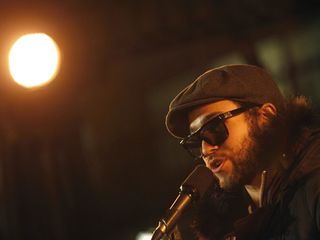 The Midem conference brings together the music industry's finest minds and talking heads to announce, discuss, decide and argue the toss over the policies and technological advancements that will shape the coming year.

Here's everything you need to know about 2010's event, in six easy steps…

MusicDNA, a new format that comes from the brains behind the all-conquering MP3, has easily been Midem 2010's biggest buzz word.

It's been developed by Dagfinn Bach, who worked on the world's first MP3 player in 1993, and has the backing of Karlheinz Brandenburg, director of the Fraunhofer Institute for Digital Media Technology in Germany. He's been credited as the inventor of the MP3 itself.

MusicDNA is billed as an "enhanced, unified media format" that enables music to be tagged with lots and lots of metadata. Attributes such as tempo, instrumentation, mood and 'colour' can be added, which has consequences for the way people search for music, create playlists and discover similar material. Rather than being added manually, this data (or DNA) is generated through an automated analysis process of an existing audio file.

You can read more (if the site ever fixes itself) via MusicDNA.info. Let's hope the file format isn't as buggy.

The rise and rise of the likes of Spotify, We7 and streaming music is hardly a new revelation, but you'll be hard pushed to find any Midem 2010 coverage that doesn't mention at least one aspect of its effect (good and bad) on the future of the music industry.

The BBC describes The Cloud - listening to your music everywhere and anywhere all of the time via, you guessed it, the internet - as a utopian vision.

Spotify now has seven million users in six countries and its main UK rival, We7, has 2.5 million. And if the rumours surrounding a stream-able iTunes solution come to fruition, it's easy to see how streaming will become our main portal for music consumption, leaving downloadable music in its wake.

So, if technology allows, more users adopt 'premium' subscriptions (Spotify's £9.99 a month deal in the UK is pulling in 250,000 subscribers so far) and they can pay both labels and artists enough to keep them happy - some have compared their streaming 'cut' to that of an average busker's earnings - expect that utopian vision to be closer than expected.

Next: anti-piracy bills and fan engagement via Pete Wentz

3. The UK government will pass anti-piracy bill before the general election

Odds are very much on for PM Gordon Brown to call a general election as early as May this year but, despite the tight deadline, the BPI (the body representing UK labels) is convinced Britain's Digital Economy Bill will be passed in time.

What this means is that, while the original 'three strikes and your out' proposal was deemed too harsh, naughty file sharers can expect a slap on the wrist in the form of a warning letter.

The French government, on the other hand, has given the music industry one year to (voluntarily) adhere to its "controversial collective licensing scheme" that aims to unify, simplify and straighten out France's digital music market. The regimental approach has been rather fiercely opposed so far… (via Billboard)

"I don't know if Led Zeppelin would have survived in this climate," bemoaned Ken Gullic, GM of US indie Rocket Science during the Searching for New Business Models: Indies Show the Way conference. "Or if John Lennon would have tweeted constantly. But now artists are expected to vomit up every thought."

"To me, the more the fan is interacting with you and feels part of the community, the more interested they will be in buying your music or coming out to your shows," said Fall Out Boy's Pete Wentz during the Artists and Social Media - What's Next in Fan Engagement discussion.

The adoption of social networking tools like Twitter and Facebook by artists and record labels alike is set to continue in 2010. But, clearly, there's still a complete lack of unity between the two parties.

So, expect more Twittering nonsense, forward-thinking music sharing models and disastrous attempts at marketing and promotion to continue. And if you're still not tweeting, it's time to get the hell out of MySpace and… or is it?

Next: self marketing via Pharrell Williams and does MySpace still matter?

You might have jumped the MySpace ship at some point in 2007 but, according to Billboard: "MySpace Music, the social network's dedicated music joint venture with the major labels, had 92% growth in unique users year on year, and 30% growth in the past month."

Without getting bogged down in percentages, MySpace's diversification into multiple revenue streams - selling gig tickets and merchandise, integrating iTunes and Amazon download links and pulling in big-spending major brands to sponsor the popular Secret Shows - means we probably shouldn't write off the original kings of horrible DIY profile pages just yet. Not again, anyway.

6. Ignoring the middle man, self-marketing and chasing the pay cheque

All-round modern music guru and entrepreneur Pharrell Williams was one of this year's big artist draws. While not entirely dissing the approaches of traditional records - "the majors still have a purse that the average kid doesn't have" - the NERD/Neptunes mainman was pretty direct in his advice for young bands starting out today.

"I would probably build a site, a home for my music, a destination where people could come and see me and what I do and what I'm thinking about. And then I'd probably assemble a team of kids that would go and bug the hell out of advertising agencies and marketing companies to use my music."

It's certainly food for thought.